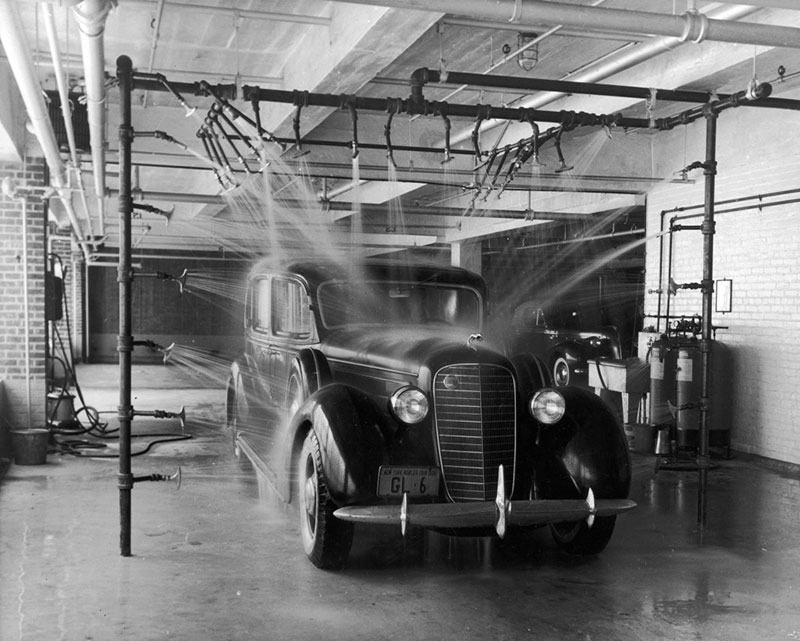 The History Of The Car Wash

The first carwash business was opened in Detroit in 1914 and was called the “Automated Laundry”. At this wash, cars were pushed manually through a tunnel, within workers soaped, rinsed, and dried the vehicle being cleaned. Each worker had a specific task, which gave the wash an assembly line feel.

In the 1940s, automation emerged and entrepreneurs in the US such as Dan Hanna were building car wash empires, with sites across the country.

In the 1960s, the first fully automated systems were built, complete with conveyor belts, reticulated water systems and complex brushes. Late in the decade, carwashes were being built in Japan and other countries.

The 1970s saw a slump in the industry, brought on by a global downturn, falling car sales and high fuel costs.  Things swung back in the 1980s and car washes started to spread widely across Australia. By the end of the decade, there were carwashes in over 50 countries.

The 1990s saw the arrival of new technology and in the last decade, car washes have become a routine part of life for many motorists. According to recent estimates, there are now over 22,000 car washes around the world.

With the current focus on the environment along with people’s busy lifestyles, the emphasis in this decade is on car washes that are environmentally friendly, effective, fast and cost effective.